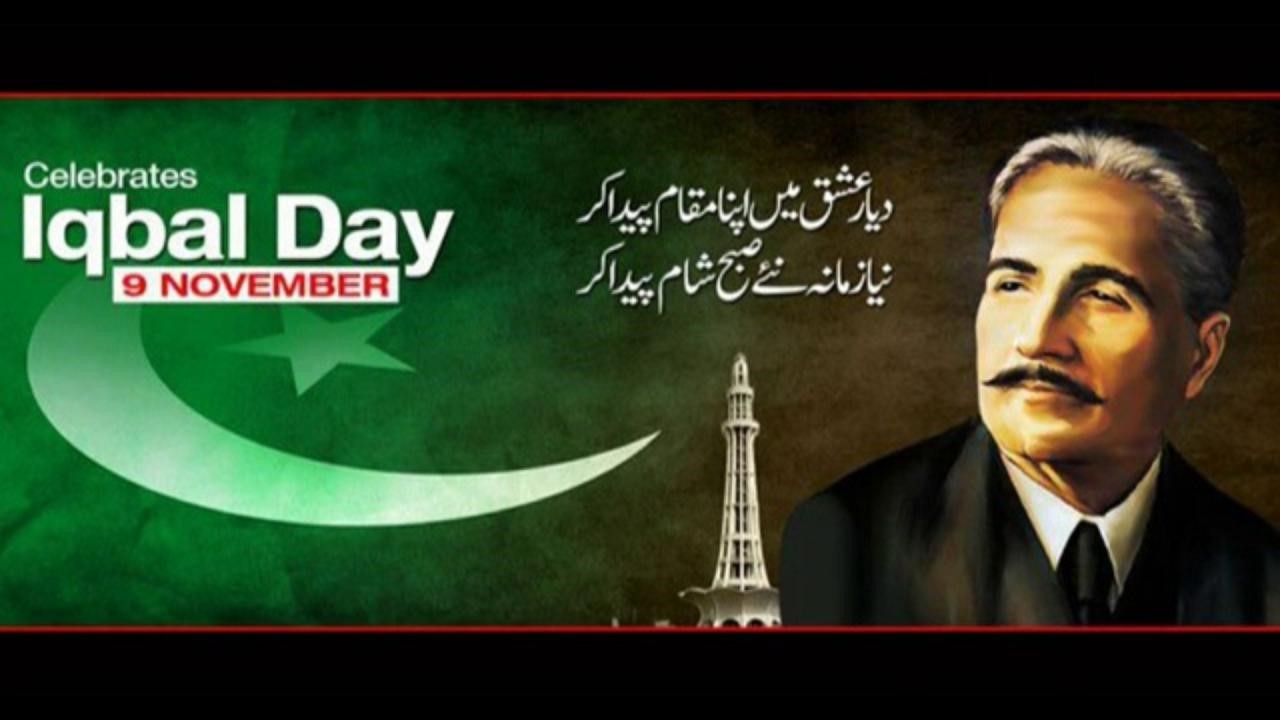 Sir Muhammad Iqbal (November 9, 1877 – April 21, 1938), widely known as Allama Iqbal , was a poet, philosopher, and politician, as well as an academic, barrister and scholar who is widely regarded as having inspired the Pakistan Movement.He is called the “Spiritual Father of Pakistan” and is considered one of the most important figures in Urdu literature, with literary work in both the Urdu and Persian languages.In 1922, he was knighted by King George, granting him the title “Sir”.

In much of South Asia and the Urdu speaking world, Iqbal is regarded as the “Shair-e-Mashriq” (Poet of the East”).He is also called “Mufakkir-e-Pakistan” (Thinker of Pakistan), “Musawar-e-Pakistan” (Artist of Pakistan) and “Hakeem-ul-Ummat”  (The Sage of the  Ummah”). The Pakistan government officially named him a “national poet”. His birthday Yōm-e Welādat-e Muḥammad Iqbāl (9th November), or Iqbal Day, is annually celebrated in Pakistan with great fervor in which the nation pays tribute to this great poet who dreamt about a separate homeland for Muslims.

Iqbal’s poetry has been translated into many European languages, at the time when his work was famous during the early part of the 20th century. Iqbal’s “Asrar-i-Khudi ” and “Javed Nama” were translated into English by R.A Nicholson and A.J Arbery respectively.

The government and public organisations have sponsored the establishment of educational institutions, colleges and schools dedicated to Iqbal, and have established the Iqbal Academy Pakistan to research, teach and preserve his works, literature and philosophy. Allama Iqbal Stamps Society was established for the promotion of Iqbaliyat in philately and in other hobbies. His son Dr Javed Iqbal and daughter in law Nasira Javed Iqbal served as Judges of Supreme Court and Lahore High Court.